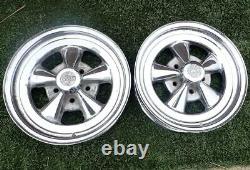 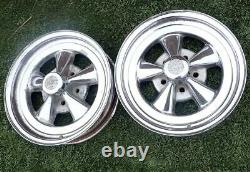 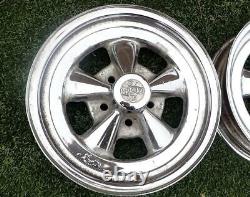 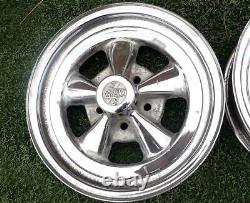 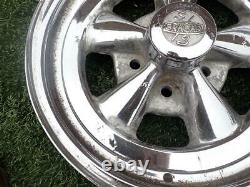 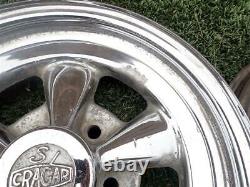 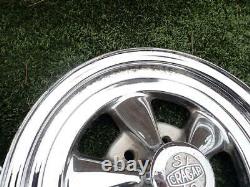 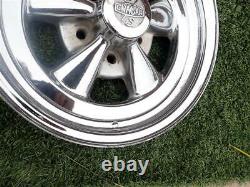 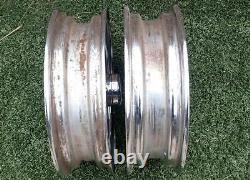 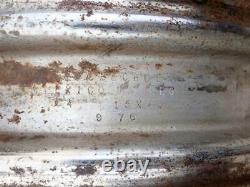 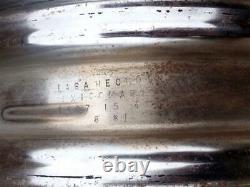 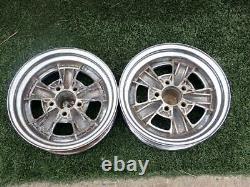 This is a pair of Cragar SS 15x4 front runner wheels. These are direct bolt 5 on 4 1/2 pattern for Fords and Mopars.

Of course, you could also run adapters for GM applications. These wheels are in unrestored condition with pitted and peeling chrome as shown. The rims are straight with a few wobbles from being move around. These would be great for display or a vintage bruiser as they are.

They could also be restored to be mint. I have also seen guys powdercoat wheels like this with powder chrome and other colors with great results. These are real deal early round spoke 15x4 front runners.

This is your chance to own the real deal vintage Cragar 15x4 wheels you have been dreaming about at a GREAT PRICE. Check out my other listings for more rare and hard to find parts. This item is in the category "eBay Motors\Parts & Accessories\Car & Truck Parts & Accessories\Wheels, Tires & Parts\Wheels". The seller is "super-novass" and is located in this country: US.

This item can be shipped worldwide.